Record Kicks presents the reissue of CALIBRO 35's fifth acclaimed long-time sold out album "S.P.A.C.E." on March 25thon limited edition Crystal Orange vinyl and digital "deluxe" version with bonus tracks.The publication is part of "The Record Kicks Trilogy" that follows the reissue of the first three albums of the band, released in 2020. This time, Milan label Record Kicks will repress on wax of three different colours and on digital deluxe edition, the fourth, fifth and sixth legendary studio albums of the Italian cinematic-funk cult band. The digital deluxe edition of "S.P.A.C.E." includes 3 bonus tracks: "CLBR 35", originally released as a b-side of "Bandits of Mars" 45 vinyl, and the unreleased songs "Omicron Paradox"and "The Haploids".

Recorded to tape on an 8-track tape recorder at the 'analog mecca' Toe Rag Studios in London, the worldwide famous studio where The White Stripes penned "Elephant", "S.P.A.C.E." is the fifth studio album by Calibro 35. Forget about the gripping noir atmospheres of their previous full lengths, with this album the Milan combo escapes from planet earth and lands on their own satellite to write the perfect funk soundtrack of an imaginary sci-fi movie directed by Sergio Leone. They've thrown away the balaclavas and embraced a bunch of synthesizers in their new instalment where Calibro 35 explores fresh new territories.

From the storming imaginary main title notes of the title track "S.P.A.C.E." to the percussive effects and creepy organ of "Serenade for a satellite", with incursions into cosmic afrobeat ("Ungwana Bay Launch Complex"), lunar funk ("Bandits On Mars") and trippy atmospheres ("Something Happened on Planet Earth"), in "S.P.A.C.E." Calibro 35 sound as cinematic and groovy as ever. Captured live and direct to tape with no overdubbing or editing facilities by Tommaso Colliva (Muse/Franz Ferdinand), the sound is tough, warm and super tight and confirms the unique musicianship of the band able in few years to gain followers worldwide.

Active since 2008, CALIBRO 35 enjoy a worldwide reputation as one of the coolest independent bands around. During their fourteen-year career, they were sampled by Dr. Dre on his Compton album, Jay-Z, The Child of lov & Damon Albarn; they shared stages worldwide with the likes of Roy Ayers, Muse, Sun Ra Arkestra, Sharon Jones, Thundercat and Headhunters and as unique musicians they collaborated with, amongst others, PJ Harvey, Mike Patton, John Parish and Stewart Copeland and Nic Cester (The Jet). Described by Rolling Stone magazine as "the most fascinating, retro-maniac and genuine thing that happened to Italy in the last years", Calibro 35 now count on a number of aficionados worldwide including VIP fans such as Dj Food (Ninja Tune), Mr Scruff and Huey Morgan (Fun Lovin' Criminals) among others. 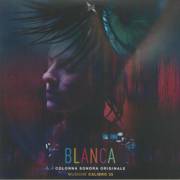 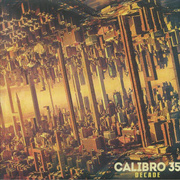 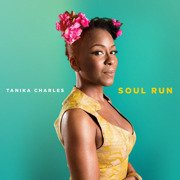