Saigon Supersound is delighted to present the 3rd and final volume of its pre-1975 Southern Vietnamese music collection. A curated collection of music from Saigon during the 1960s and early 1970s. The music has been restored and remastered in order to present listeners with audio quality on par with its original quality upon release more than half a century ago.

The first few songs in this Volume are songs Vietnamese people used to call “Stimulus Music” or “Action Music”. These are songs that borrow vibrant melodies, inspired by the west, performed by the best representatives of this genre. In addition, this volume includes songs, famous in clubs both past and present like “Nếu Anh Về Bên Em” by Mai Hương and “Hình Ảnh Người Em Không Đợi” by Thanh Lan.

Many believe that "Southern Golden Music" is just popular music, simply because it "pleases the listener". Volume 3 include melodies most Vietnamese might have considered “unpopular”, but popular with “golden music” lovers. Today, people often call “gold music” bolero music, because this is the most popular style found in this golden era of music. In this volume, Saigon Supersound have selected typical bolero songs like,“Hàn Mặc Tử” sang by Trúc Mai, as well as, “Nắng Chiều” by Lê Trọng Nguyễn.

Volume 3 closes with the song “Xuân Muộn” (Late Spring), performed by Hoàng Oanh. The song talks about the end of a lunar year - a cycle of heaven and earth, the end of sad stories and opens up new hopes for more positive things to come.

Finally, the face of the movie star Kiều Chinh is chosen to grace the cover image of Saigon Supersound 3rd Volume. Although she may not have had any direct relations related to music, more than 50 years ago, Kiều Chinh's image appeared many times on the covers of various music sheets. The image of Kiều Chinh was chosen for the mix of Eastern and Western cultures present in her life and career that mirrored the music of that era. These songs, with melodies originating from Europe, the Americas and Africa have been an integral part of Vietnamese music since the 1960s. 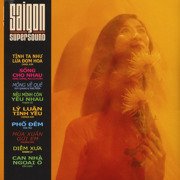 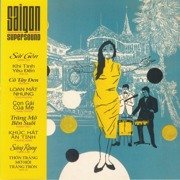