Sababa 5’s knack for intricate grooves and catchy melodies have led to a series of acclaimed singles, from fresh takes on classic melodies to vocal collaborations, championed by the BBC’s Gilles Peterson, Cerys Mathews, and Gideon Coe in the UK, and Radio Nova and FIP, in France, whilst they gradually found their own contemporary sound, creating original music together that could stand up on its own across a whole album.

Across these eight songs, the group blends the Afro disco, reggae, jazz, funk and a plethora of Middle Eastern traditions, whilst traveling time and space, drawing a musical, cultural and geographical line from Somalia to Iran, via Ethiopia, Sudan, Egypt and Turkey, from the late 70s & early 80s to today. Thus Sababa 5 create a unique psychedelic groove that builds on the approach that the likes of the Daptones have taken to working independently, writing, producing and recording original music, with their own modern take on 70s soul and funk.

The carnivalesque “Lizarb” (“Brazil” backwards), raises the tempo and temperature. The piece kicks off with a guitar-led call-and-response before a synth-led melody lifts everything to another level. Topped off before the end by a beautiful wah-wah meets psychedelic Mizrahi style guitar solo over a pulsating drum and groove line, demanding a physical response.

“Habedil” (“the idiot” in Hebrew), is named for the innocent, child-like synths that lead off towards the start, whilst the bass and guitar riff repetitively, crafting an irresistible groove before dovetailing into an epic disco synth vamp.

With this, their debut, self-titled album, Sababa 5 are ready to take a seat among the most exciting and original instrumental-based groups across the globe, with an exciting and distinct approach to groove, sound and melody. 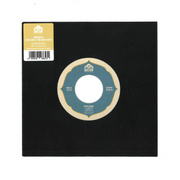 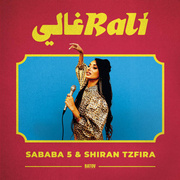