Joel Martin and Gerry Rooney first surfaced as Velvet Season & The Hearts Of Gold back in 2012 with the first of three salacious 12"s for Lucky Hole Records that really got the refined disco lovers hot under the collar. Following a smattering of remix commissions and a wonderful debut for Resista, Velvet Season & The Hearts Of Gold rear back into view with Witch Doctor Love, a two track 12" of late night voodoo dancefloor material issued by Love Circle. The title track is a chunk of tough and moody house music, all sleazy whispered vocals and trippy electronics; the results are nothing less than intoxicating. Complementing this, "Fish Powder Dance" sees the pair's disco influences come to the fore on a superb fusion of classic strings, vocal harmonies, and joyous basslines over a bumping early '90s house groove. 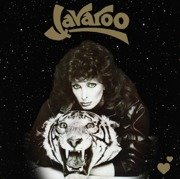