Isigude (pronounced - e-see-GOO-de… meaning bird of paradise) is a newly founded record label based in Athens, Greece. For our debut release we have dug deep into the archives of Greek Jazz fusion to unearth and reissue some obscurities from the catalogue of esteemed composer Michalis Rakintzis. Rakintzis should need no introduction to Greek ears, widely recognised as a celebrated composer and lyricist since the 1980s with his career taking in more than 20 personal albums, numerous singles and several high profile collaborations. His composition “Arrest”, lifted from 1988’s OST to the film “Lifelong” was selected and included on the hugely popular Greek music compilation “Into The Light” in 2012. For Isigude’s first 12″ vinyl release we draw our focus to the 1987 track “I don’t believe” featuring vocalist Eleni Dimou. “I don’t believe” combines pop, rock and eastern melodies and feelings and sold more than 100,000 on it’s original release. Featured here in remixed form by up and coming greek producer Zaq (a.k.a Img_02) the original composition is reimagined and the result is a low tempo dreamy, balearic Disco burner with Dimou’s lyrics expressing her disbelief in love, beautiful moments, oaths and sacrifices, with her requesting to be set free. A truly beautiful and tasteful reimagining of a lost rarity, the perfect way to launch the label. 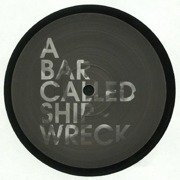