Beatrice Dillon, one of the most distinctive artists in the UK right now, blesses the 12 x 12 series with the concatenated 'nuum sidewinder Can I Change My Mind, finding the square roots of jungle, techno, noise and minimalist dance music firmly anchored in steppers' dub and West African percussive tradition. Since first emerging with a highly regarded monthly NTS radio show, a reel of widely-praised mixtapes for The Trilogy Tapes, Blowing Up the Workshop and most recent mix with Ben UFO on Wichelroede, Beatrice's uniquely focussed solo works (incl. two excellent EPs for Where To Now and a split with Karen Gwyer), two acclaimed LPs with Rupert Clervaux and her recent remix for Helm on the PAN label, have come to define a curious juncture of worldly rhythm studies and probing electronics which exists in a long lineage of avant-garde experimentation done at the service of 'floors both real and imagined. Can I Change My Mind is Beatrice's most substantial solo production to date, its also the most singular, adroit demonstration of what makes her tick, combining and parsing the most affective, tactile parts of Black Atlantic percussive patterns with a learned appreciation of dub-style economy and concrète texturing. Beatrice renders clear the prismic and rhizomic dub binds and syncopations that connect original, rolling African drum traditions with Afrobeat and highlife, and likewise between proper UK roots steppers, house and '90s jungle, or for that matter, the mosaic of modern antecedents which continue to be informed by those styles - from the rites of Shackleton to Tessela's visceral techno swerve and the mercurial grooves of Rian Treanor or her sometime collaborator, Kassem Mosse. 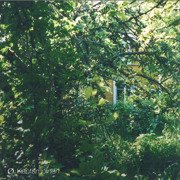 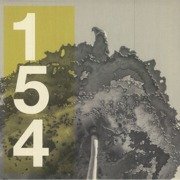 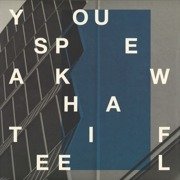 You Speak What I Feel / DJ Sprinkles / Snd /

My Good Friends Tell Me That (one-sided) 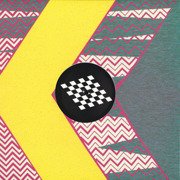