Soak by James Hadfield, featuring Danny Linton, is one of the main reasons for the launch of Me Me Me and a record I love so much I have done my first rem ix for the label,' explains Man Power. Further remixes from Axel Boman and Bird Of Paradise cement a stellar third release on the burgeoning Me Me Me imprint. Soak is a distinct and uncategorisable piece of electronic music, with a rich thread of emotion running through it so strongly, it remains within each remix, albeit distilled in different ways. Fellow North Eastern Englishman Bird Of Paradise (Correspondant / HAKT) turns in two differing atmospheric interpretations of the track (one appearing as a digital exclusive), while Studio Barnhus supremo Axel Boman brings his own inimitable style to his rework, and Man Power's delivers a dreamy and forlorn infusion on this magnetic record. James Hadfield has been releasing music over the last ten years under several guises including Lizards and Elizabeth Collective, although remains an elusive figure in the bubbling underground house and Balearic scene. Soak sees him teaming up with Danny Linton , best known as post dubstep producer Funk Ethics. Man Power's ear for the more captivating and experimental side of electronic music is being championing through Me Me Me, putting discerning dance floors to the test through its releases. 2017 contributions include Mike Simmonetti, Chida, Fort Romeau, Hammer, Rex The Dog, Daniel Maloso and many more . 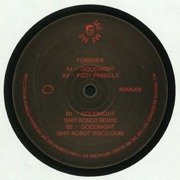