Anderson .paak is a singer-songwriter, rapper, producer and drummer from Oxnard, California. Once facing homelessness, Anderson overcame all odds and is now recognised globally as the hottest hip-hop/r&b breakthrough artist of 2016. Vinyl format of acclaimed new album release from January 2016. Available on 2xLP with foldout poster. .paak landed his big break in the summer of 2015, after appearing on 6 (out of 16) tracks on Dr Dre's acclaimed 'Compton' album. This made him both the most featured artist on the record and the only one with a solo track. .paak released his highly anticipated new album, 'Malibu', in January 2016 on Steel Wool/OBE/Art Club (via Membran). It includes the Radio 1 playlisted single 'Am I Wrong' together with songs such as 'Room In Here' (1Xtra playlist), 'The Season/Carry Me' (premiered by Dr Dre on Beats 1) and 'Come Down'. The album has also been rapturously received in the media. Featured guests on the record included ScHoolboy Q, Rapsody, BJ the Chicago Kid, Talib Kweli and The Game. Anderson is also half of NxWorries (alongside producer Knxwledge), and their collaborative effort 'Suede' was a runaway success on Hip Hop charts worldwide in 2015. Includes 'Am I Wrong' (Radio 1 playlist) and 'Room In Here' (1Xtra playlist), 'The Season/Carry Me' (premiered on Beats 1 by De Dre) and 'Come Down'. .paak has just completed a sold out European tour, which included dates in London and Manchester. He will return to the UK to play the Wireless, Reading and Leeds festivals as part of a hectic summer schedule around Europe. 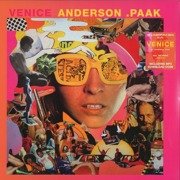 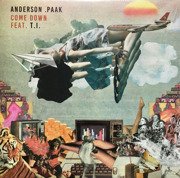