For fans of the Italian avant-garde, few names inspire the loyalty and devotion offered to the percussionist and composer Lino Capra Vaccina - a perfect emblem of the country’s extraordinary movement of musical Minimalism. He first gained note as a member of Aktuala, a project which laid the groundwork for a entire generation of practitioners following in their wake - creating a hybrid of rock, avant-garde, and ancient musics, while incorporating a diverse number of sonic traditions from across the globe - African, Middle Eastern, Indian, etc. Vaccina’s career as composer has been marked by two distinct features, an incredibly high bar of quality and ambition, and a tragically slim amount of recorded output. Following his departure from Aktuala, he worked extensively with others - Juri Camisasca, Franco Battiato, etc, and within the short lived super group Telaio Magnetico, but his astounding solo efforts have been slow to emerge. In 1978 he released the legendary LP Antico Adagio, and wouldn’t be heard from again until 1992’s equally extraordinary L'Attesa. Fortunately, over the last few years, the Milan based imprint Die Schachtel, has embarked on a multifaceted project - reissuing Vaccina’s hard to find LPs for a new generation, as well as offering a range of stunning archival recording which had never before seen the light of day. Their latest release, an LP entitled Echi Armonici da Antico Adagio, falls into the later category. It is nothing short of a momentous event. 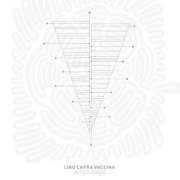