The second release of secret SWAT manoeuvre’s from the US of A ! After the instant sellout DJ Nature 12″, SWAT come through with a devastating & loving homage to The Basement Boys’ and Amiri Baraka’s 2001 jam “An American Poem” Malik Ameer is a veteran M.C. in the experimental Rap/Jazz scenes of California and NYC. Ameer is also an internationally published poet with five books of poems to his name, he hosts and curates ‘Poets Live’ in Paris, France and is the editor for several literary journals based out of New York City. Houston born, Manhattan based Leron Thomas is a critically acclaimed writer, artist, and trumpeter who has worked with many household names from a variety of genres including Michael Stipe, Lauryn Hill, Bobby Watson, Roy Hargrove, Bilal and Mos Def, to name but a few. From 2004 onward he has developed his genre-crossing music incorporating singer/songwriter, Jazz, Funk, Electro-pop and Rock, releasing nine solo artist records championed by the likes of Gilles Peterson etc. Malik is a longtime friend and production collaborator of Leron, as well as lending his emcee skills to both Thatmanmonkz’ solo work, and their collaborative Hip Hop project ‘Madison Washington’. ‘Amerikkan Poem’ was recorded in Sheffield, Paris, and New York. Super limited US imports - blink and you’ll miss ‘em. 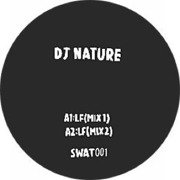