Pink Fluid is not an Italian EDM Duo by the same name but the new Band of Jon Tye & Pete Fowler who form the core of Seahawks! As Ransom Note once called it: A partnership born of 'A Psychedelic Guide To Monsterism Island' - the soundtrack to Pete`s illustrations, toys and figures - cemented by gigs playing records by Boston, Steely Dan and Fleetwood Mac at The Big Chill Bar, fuelled by a passion for vintage music-making machines, and given a name after a weekend spent in sailors outfits at Bestival. From tracks synthesised around AOR samples, Seahawks now record pretty much as a full band - which includes members of Hot Chip and The Horrors. So, What happened to Pink Fluid... Jon: The first Pink Fluid release 'Pipe Dreams' is coming up on Prins Thomas' Horizontal Mambo imprint, we don't know when but we know it will be beautiful when it does... And it does now! Pipe Dreams is an 8 Track, 32 minute mini album of sheer, almost translucent, beauty. Mambo HQ 26.7. 2017 Horisontal Mambo is a new sublabel by Full Pupp /Oslo. 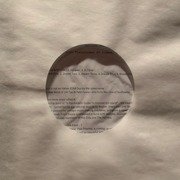 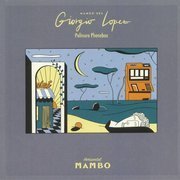