This record is meant to be enjoyed like a seascape. It offers a Mediterranean journey, one that Ulysses, Aeneas, and Jason with his Argonauts charted first and Valencian artist, Pep Llopis, retraced and retread — from the islands of Menorca to Santorini. All of his experiences are aboard this vessel of sound: no format in mind, no course but the chasm within self. While Poiemusia La Nau Dels Argonautes materializes at this moment as an album, another object suits Pep's project: Lewis Carroll's Map of the Ocean' from his The Hunting of the Snark. It's a simple illustration: the thin outline of a blank rectangle that represents the sea with no trace of land. Carroll offers this empty space as an object that all can understand, a container for possibility. Likewise, Poiemusia offers a musical language that any listener can understand. Untethered to the meaning of words, one is set adrift and free in minimalist sound and traditional music. Llopis, who often composed for dance, originally wrote Poiemusia for a performance at the Poiemusia festival (the Greek contraction of poetry and music). Peer composers, Carles Santos and Wim Mertens, also participated in the festival, which took place over several days at the Teatro Princesa in Valencia. Llopis paired his newly formed avant-garde compositions with the poems of fellow Valencian, Salvador Jàfer. In the studio presentation of Poiemusia, voices softly converse, only to evaporate. The poetry is incanted by the poet himself. Jàfer enunciates at the verge of song, drawing dimension from his Mediterranean travels. He is accompanied by Montse Anfruns' vaporous voice. She extends the roll of her r's and the hiss of each s as if casting a spell of Salacia. Pep bathes their conversational performance in slight delays and reverb, allowing their voices to dissolve into an ocean of sound. Llopis was influenced by minimal American composers like Steve Reich and La Monte Young. He embraces the melodic sides of these masters in the winds of El Vell Rei De La Serp' and the tender piano on Nits de cristall.' You will find yourself submerged in tonality on tracks like Jardins Aquàtics' and La Nau Dels Argonautes' which have a kinship to Philip Glass or Daniel Lentz. Each piece extends from 5 to almost 14 minutes. The music gently laps against listening skin— sometimes placid, sometimes shimmering. Ripples of sound swell and quicken. Flutes like schools of fish. The spray of chimes. Taught strings break like the shore. Tingling, undulating synths. The record cover acts as a map, tracing the forms of the original art and providing the poems in Catalana and Spanish. Once bathed in these sounds one will emerge like Carroll's map: a perfect and absolute blank.' Poiemusia La Nau Dels Argonaute emerges in vinyl and digital formats on May 19, 2017 through Freedom To Spend. 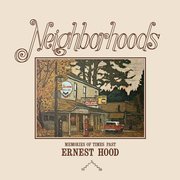