Domestica presents a vinyl version of Oscar's X-mas Carols. For this album's tracklist, Jordi Serrano and Oscar Smit made a personal selection from the three previous cassettes which were originally released on Christmas Day 1984, 1985 and 1987 respectively by Smit's imprint Noel Tapes in Holland. The 15 tracks here are a selection of the best tracks of these three cassettes, mastered from the originals by Ruud '66' Lekx. It also features a cover painting by Max Kisman, laminated translucent sleeve and is hand stamped. Complete with dossier including liner notes by Smit, band bios, photos and download code, it's allegedly the only experimental Christmas compilation ever published. 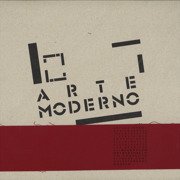