Gay Marvine (pronounced Gay Marveen) is back once again proving his limits are far beyond most, this time exposing the deeper hedonistic elements hidden deep within pop music. What emerges through his filter of reshaping and repurposing and incredibly fine ear for pacing is 4 perfectly distilled late night jams, a magick far beyond anything Aleister Crowley could conjure.

This is the 10th volume of the Secret Mixes Fixes series, in our never ending quest to show unique sides to late night classics, forgotten gems and things so obvious you may already be sick of them, but you aren't when you hear Gay Marvine's take on it. We are further expanding this concept in the future with some even cheekier choices for the next Fix records and a brand new sub-label to represent Gay Marvine's burning Disco side, Bathhouse Etiquette. The Bathhouse Etiquette EPs will showcase the many facets of gay disco as seen through Gay Marvine's eyes. You have been warned. 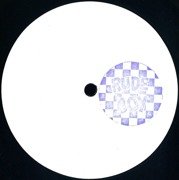