Kwaito 12-inch featuring two forgotten bass-heavy cuts from South Africa in the early 90s. ''Vanonyana Lava'' by Volcano is a sought after tune right now (so difficult to get an original copy!) while the Beat Gangsters are a new introduction (to us) from Okapi's vaults..TIP!
Hot on the heels the label’s debut release Burnin’ Beat, Johannesburg-based Afrosynth Records’ second release is a 12” of two bass-heavy cuts of obscure ‘90s kwaito from South Africa.

Founded in the early 80s by Richard Makhubele, Volcano’s signature brand of Shangaan disco made them one of the most popular bands of the ‘bubblegum’ era, releasing a string of big-selling albums with the Gallo label. But by 1993 things in South Africa were changing fast, both politically and musically. Volcano had left Gallo to join Eric Frisch Productions (EFP) in search of greater independence. On their 1993 album Tshigubu Tshanga they began to experiment with the new house-inspired sound of kwaito courtesy of producer Malcolm ‘X’ Makume, with one track in particular standing out: ‘Vanonyana Lava’.

The song, its title Shangaan for ‘These Women’, is according to frontman Makhubele a simple story “about women in a nightclub or a tavern… You buy the women their drinks, but when they’re finished drinking then they run away.” More important than the lyrics is the song’s massive bass hook and distinctly South African groove, which 25 years after its original release have put it back in demand for DJs and diggers mining the South African sound for fresh inspiration.

‘Vanonyana Lava’ was a notable departure from the typical Volcano sound. “Kwaito music was becoming bigger, more powerful,” remembers Makhubele of the band’s foray into kwaito. “So we decided to do at least a track and see if people would love it, then we’d do more. By that time the Volcano sound was very popular, and that kwaito sound was slowly coming in the market. Our fans were happy for it.”

Volcano soon followed this early kwaito success with The Bold & The Beautiful in 1994, the year of South Africa’s first democratic elections. But with the drastic changes of the decade the band was soon relegated to history as a new generation of young kwaito stars became the voice of South Africa’s youth.

On the flip-side of this new release is an even more obscure track from the record bag of Afrosynth Records’ DJ Okapi. The Beat Gangsters were a short-lived studio project made up of Willi Mau Mau and Mad T Doctor, in-house producers for Mob Music, an independent label set up by Eric Frisch (after the demise of EFP) that put out a string of influential club releases in the mid-90s, among the last albums to be pressed to vinyl in South Africa. Named after a popular South African brand of gum, ‘Chappies’ was originally released on the 1995 album Mob Table Dance. 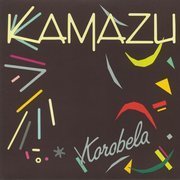 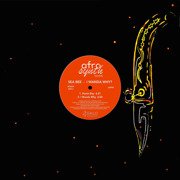 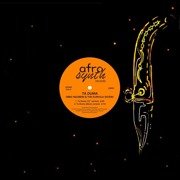 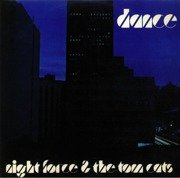 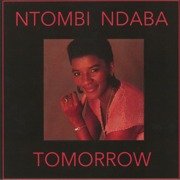 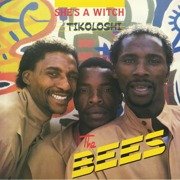