Weapons Of Mass Destruction was one of the last EPs by Nur Jaber , which is best known in Berlin for its residence at the Techno-Matinee STAUB . This could be heard slammender, dry techno with sometimes disturbing vocals - hope sounds different. More precisely: Hope sounds like the first longplayer of the native Lebanese. If Only - A State Of Peace still carries a conditional in the title, but the music on the nine tracks speak very directly of a better world. Inspired by the herbaceous-cosmic sound of the Berlin School, ambient and ambient techno in all its facets and the friendlier side of the artificial intelligence tradition, the OSF unites-Mit operator on their debut album a variety of styles, which are translated into an equally sensible as multi-layered narrative. Peace, that would be something for a change. 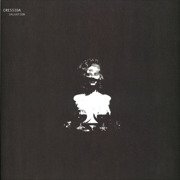