AVEDIT presents dance/pop music in the style of Rian Treanor. Across four radical edits, familiar and obscure ohrwurms are dissected and flipped in thrilling new ways, rendering razor sharp and playfully nutty updates of Pakistani film music, Eurodance set-pieces and seminal synth-pop classics.
Rian extracts and accentuates their hooks in series of jabbing, asymmetric reductions for the 'floor with results intended to rewire muscle memories and inject the club with a healthy dose of advanced daftness. In each part Rian exerts a singular spin on timeless evergreens, demonstrating his roots in hip hop and UK dance music's sampling cultures, while exemplifying an inexorable, personalised push for new patterns of dancefloor possibility.
All material has been thoroughly disruptive in a variety of situations, from midsummer rites at IMMA to Radio 1Xtra to freak raves in Salford and, most recently, as part of Rian's Boiler Room performance in Helsinki, the latter of which drew opposing criticism from its YouTube viewers; prompting Wayne Cloete to remark 'what do you call this cos it aint music its like a production that went wrong or still trying to figure out the beat', whereas Viktor Štech claimed Rian to be a 'genius with rhythm.' To be fair they're both right, but only one of them knows it.
Basically the A-side is mental party fuel - especially if you like alcopops, Lollywood soundtracks or Ferris Bueller's Day Off - while the B-side turns 3 mins of '80s pop brilliance into a 14 minute+ monster cannily riffing on the idea of deferred gratification. 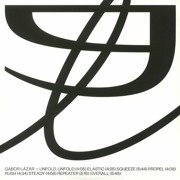 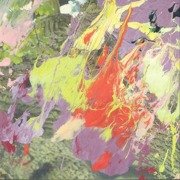 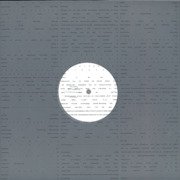 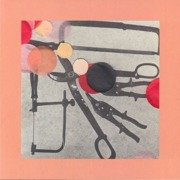 What The Night Is For (red vinyl)