Crazy 12 track library music style album on this ace Italian label. All based around bumping live rhythms triggering an obscure Japanese drum synth module..recorded in 2018.
It was November 2017 when I received a call from an old friend, "Hi Fabrizio, I found a rare Japanese drum machine, you should come and see it before I put this on ebay." I went to check it out and immediately realized it had more potential than just drum sounds generation, it was able to produce quirky and creepy sounds if triggered by any sound source. So I bought it and brought in the studio, where me and Alex were laying down new beats and ideas. It took just three days of jams to get the skeleton of this record done: I programmed the module to receive Alex's drum hits and the device started creating synth lines, almost as it was speaking its own language.I've found a soul in this machine, and I wanted to bring it to life in these tracks, a mix of arranged compositions and improvised jams. No root keys, no grids, no clicks, everything came out in an instinctive and natural way

As far as we know it's the first time this synthesizer/drum machine is been used in this "improper" and new way. 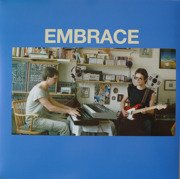