Son of the legendary Dr Philip Nchipi Tabane and heir to the malombo sound that he originated and pioneered in the early 1960s, Thabang Tabane has been touring the world playing with his father's band and other South African luminaries (such as Thandiswa Mazwai, Madala Kunene and Mabi Thobejane) since he was 8 years old.

Emerging into his own with his debut solo album, Matjale, this energetic percussionist carves a driving, joyous and worldly version of the malombo genre that takes in his continental travels. The album brims with ambition and an appetite for life. Employing brisk tempos, nimble basslines and intersecting polyrhythms, Thabang crafts songs cognisant of the hardships of life, but chooses to deliver them with an irrepressible optimism.

Expanding parameters of what is essentially an artform patented by his father, Thabang and his cohorts seem unburdened by pedigree, infusing the sound with a modern sensibility. His reverence for the vibrational resonance and drive of the bass guitar, not to mention his explosive bursts of hand drumming, gives the album an undeniable, cathartic exuberance. 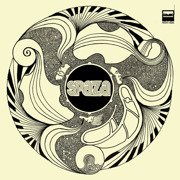 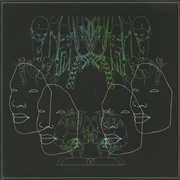