For the last 20 years London-based author and party organiser Tim Lawrence has dedicated himself to excavating the history of New York City party culture and bringing some of the most powerful aspects of that culture to London's dance scene, from where it has ricocheted around the world. Having conducted the first set of major interviews with David Mancuso, Lawrence started to put on Loft-style Lucky Cloud Sound System parties with David and friends in London in June 2003. In early 2004 he published Love Saves the Day: A History of American Dance Music Culture, 1970-79, which tracked the influence of the Loft on the wider New York DJ, dance and disco scene. In 2009 his biography of the iconic musician Arthur Russell became the first book to map the wider downtown music scene. These beautifully written and politically insightful histories have educated, inspired and celebrated the previously overlooked foundations of contemporary dance music.

Lawrence's most recent publication, Life & Death On The New York Dancefloor, 1980 - 1983, published in late 2016, shines a light on 'one of the most dynamic and creative periods in the history of New York City'. Falling between the more regularly celebrated sounds of disco, house and techno, the period produced a uniquely hybrid series of sounds that never acquired a settled name. This led them to be largely ignored by historians and even DJs, yet the power of the period's music and the scenes it birthed, Lawrence argues, remains undeniable. Met with a rapturous response, Life and Death On The New York Dance Floor saw Lawrence on the road for most of the next year as he spread the word about the characters, the records, the clubs and the bands that shaped the post-Disco, post-Punk, and burgeoning Hip Hop landscapes of New York City during the early 1980s—a period when freedom still ruled.

This, the second of a 2-part sonic tribute to the 1980 - 1983 era as well as a musical companion piece to Life & Death On The New York Dance Floor, sees recognised classics (such as 'Don't Make Me Wait' and 'Din Daa Daa') nestle up alongside the belatedly recognised (including the August Darnell remix of 'Contort Yourself' and Mark Kamins remix of 'Love Tempo') and the downright obscure ('Vena Cava' and the B-side of the 'Pop Your Funk' 7' promo). Capturing the range and the mayhem, Material's under-appreciated 'Bustin' Out' features Nona Hendryx delivering lyrics inspired by Black Panther George Jackson's prison letters plus a music track featuring dance beats combined with a heavy electric guitar—a combination proposed by Michael Zilkha after the ZE label head rejected Bill Laswell's first effort. The mix comes courtesy of Better Days resident DJ Tee Scott. Everyone, it seemed, was open to everything.

Lovingly curated across 2 slabs of vinyl, the album introduces listeners to a stunning array of sounds, styles, vibes and feelings that encapsulate this most fertile and forward-thinking era, when music, fashion, sound system innovations, leaps in music technology, a DIY attitude and a freedom from corporate politics combined with extraordinary expressivity. All music contained within this album has been hand-picked and programmed by Tim Lawrence. It represents a selective yet rich introduction to one of the most extraordinary periods in New York City's epic musical history.

This is the first release on Reappearing Records, a label led by Tim Lawrence and distributed worldwide by Above Board distribution. Licensing courtesy of Tracksuit Music. Mastering by Optimum Mastering, Bristol UK. Artwork & design courtesy of Atelier Superplus. 2018. 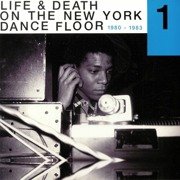 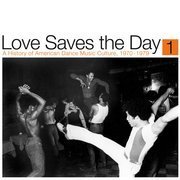 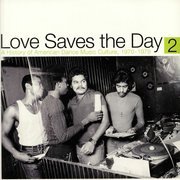