Throughout his career, L.I.E.S. regular Beau Wanzer has proved adept at delivering decidedly fuzzy, lo-fi workouts that variously draw influence from industrial, EBM, techno and electro. He's at it again on "Do The Spider Shimmy", a tidy ten-inch containing six wonderfully wayward cuts. It's a noticeably stripped-back affair, with most of the cuts existing of little more than sparse but heavy basslines, occasional electronics, minimalist electro beats and the odd droning, stylized vocal. Highlights come thick and fast, from the gently spacey synth-scape "Never Look Back" and the buzzing simplicity of "You Can't Stand On Broken Shoes", to the lo-fi no wave pop of "Choice Curve" and the raw, laid back electro sleaze of the title track. 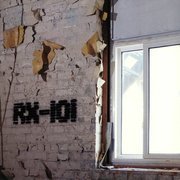