The Street Knowledge "45 series" appears to have been set up to educate heads on original 1990s hip-hop jams, or at the very least deliver fresh pressings of some seriously classic cuts. This inaugural release begins with Warren G and Nate Dogg's 1994 heater "Regulate", a deep and seductive number that makes great use of samples from Michael McDonald's teary blue-eyed soul classic "I Keep Forgetting". Flip to the B-side and you'll find Luniz 1995 hit "I Got 5 On It", a cut that's been bitten, reworked and re-made umpteen times in the 24 years that have passed since it was first released. As this reissue proves, the Oakland duo's original version is still streets ahead of the rest. 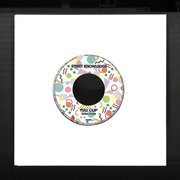