Around the time of this recording, Stanley Cowell had achieved a degree of prominence as the pianist for the advanced bop quartet Music Inc., which he co-led with trumpeter Charles Tolliver, as well as for unusual projects like his Piano Choir. With Regeneration he chose another path, essentially trying to produce a jazz-infused pop album with strong African roots, perhaps owing a little bit to Stevie Wonder. He assembled an extremely strong cast of musicians for the venture, including Marion Brown, Billy Higgins, and Ed Blackwell, as well as several African string and percussion masters and, by and large, succeeded conceptually if not commercially. A few songs use vocals in a fairly standard pop framework, and, while they are performed capably enough, the lyrical content leaves something to be desired in typical mid-'70s fashion. But much of the rest of the music makes up for this with, among other things, a delightful fife and drum piece by Brown and strong bass work by Bill Lee (Spike's dad). Regeneration is an interesting, often enjoyable album which, aside from its own small pleasures, provides a snapshot of some of the cross-fertilization in genres occurring at the time. 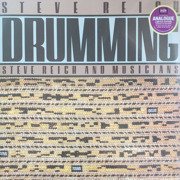 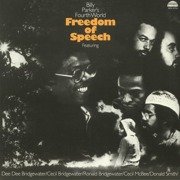