This classic Len Lewis record is just as relevant today as it was when it originally came out over 20 years ago. It is his first release and it surely has his name written all over it, delivering an early version of his signature groove.   Both cuts stand out as instant classic tech house tracks, making it difficult to choose which one to play out. 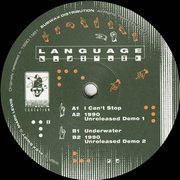