jik is Paula, 21, and Bartek, 23, students based in Warsaw, Poland, but originally from Rzeszów, a city in southeast Poland. cnidae is their debut album and the sixth album release from Bytes, the offshoot of Ransom Note Records, in just over a year. They were the first artists to send their demo to Bytes. Paula’s raw sketches formed the basis for almost all of the tracks. They were made in Ableton Intro, proof that constraints can be beneficial and a reminder that great music doesn’t have to be created on sophisticated gear. cnidae is a projection of the sensitive approach to composing electronic music taken by the couple. It is a record of unfettered creativity and a prime example of what can happen if you let serendipity be the guide in the process.

cnidae consists of two extended ambient/drone pieces - the soft, hypnotic New Age notes of organellum are calming and meditative, while the drones of wspomnienia recall William Basinski, as they glitch and erode over 20 minutes - embedded alongside several shorter, abstract electronic compositions. The beauty lies in their simplicity, from the early-Warp stylings of the reflective arp and the aquatic ibid, to the more playful, childlike melodies of kumkwat and the pulsing, minimalism of album closer momenty zgrania i niezgrania.

Cnidae is a Latin word for specific cells present among jellyfish, sea anemones, corals etc. It is these cells that separates cnidarians from other animals. Cnidarians are built in a very simple way, lacking skeleton animals. They seem to be innocent and beautiful, but there is also a sense of mystery, weirdness and wobbliness in them. They use cnidae, explosive cells, to capture prey and as a defence from predators. They do so by the use of toxins contained within the cnidae. If you have ever been stung by a jellyfish or felt the electric tingle from the tentacles of a sea anemone, you have been touched by cnidae. 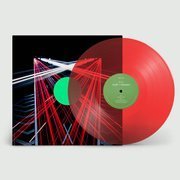