Das Komplex joins up with the King Of Kong imprint to release four soul-infused tracks entitled ‘Reverse Hallucination’. After spending years as a bedroom musician and occasional DJ Marcin Lukaszewicz, modest producer from North-Western Poland known as Das Komplex debuted four years ago on local FASRAT label. Since then he became one of the most respected Polish producers, releasing an album on Catz’n’Dogz’ Step label, as well as singles for Young Adults, Love On The Rocks or People Must Jam. His very singular, hazy breed of sample- based house-derived music made its way to sets of numerous high-profile DJs (from the late Andrew Weatherall to Axel Boman), eventually making its way to no other than DJ Harvey who included one of his tunes on his recent ‘Mercury Rising’ compilation. Das Komplex comes to King Of Kong with a new package of mind-bending yet club-ready tunes, proving his skills as master of contemporary disco music with a romantic twist. ‘Maybe There’ starts slowly with a lazy, syncopated beat only to introduce a bass riff of mammoth proportions, which carries the track for its 8 minutes - by the end reaching a proper dancefloor momentum. ‘Stay’ starts with a piano melody and hazy synths to be transformed into an epic, 10-minute mid-tempo disco groove, with live instruments and angelic vocals, a neon-lit lullaby for early morning hours. ‘Lagos’ takes a slightly darker route, but even here a heavy, percussive groove is brightened by bursts of uplifting piano, while ‘Sounds’ keeps the hazy vibe going, with layers of unintelligible voices over a smoky groove. 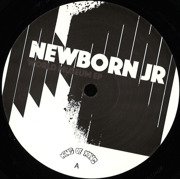 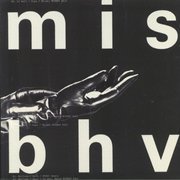 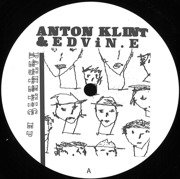