Lola’s Dice, an ensemble born and battle-tested by years of punk and hard rock before fusing into its current form, a consolidated tropical-psych quartet. The band’s evolution has resulted in music that is a pure body-moving delight — a fuzzy blend of guitars, synths and musical sabor that is very much rooted in the percussive sounds of Latin America, where all band members hail from, yet still comfortable in its punk-ethos.

One such fusion of sounds took place at the Barracão Sound studio in Amsterdam where they first asked rhythm sensei Alex Figueira (who currently joins them on stage whenever his agenda allows him) to help them twist their sound and bring it into the incendiary tropical realm his production work was known for.

Together they vandalized all sorts of rhythmic traditions. The resulting 4-track EP, “Viaje al Centro de Ritmo”, was a perfect match of genre-defying psychedelic madness and Caribbean cool and was duly signed and released by on-the-pulse NY based Names You Can Trust label.

After two years and a plethora of stages Lola’s Dice returned to Figueira's Barracão Sound for another dose of experimentation, diving deeper into their Caribbean roots and twisting them even further. The first fruits are now offered for release jointly by Names You Can Trust (later this year) and Figueira’s own Music With Soul.

The African Caribbean vibrations of “Cacri 'e Playa” tell a story of a stray dog whose sole habitat consists of the beach. A common phenomenon all across the Caribbean coastline shared by Venezuela and Colombia. Wonky synths and surf guitars interplay over a stomping extra syncopated drum beat. All things collide towards the end into a 1970’s style Salsa street party, the relentless cowbell driving everyone forward.

On the flip, “Señor Cartujo” contains a humorous tale about the most popular brand of anise liquor in Venezuela ("Cartujo") and a shameless ode to the glory days of "Techno Merengue", when Latino rappers in the US started making Dominican Merengue with hip hop influenced vocals and house production techniques and equipment. Lola’s Dice, however, take a more psychedelic approach to this merengue, oozing with funky guitars and percussion. 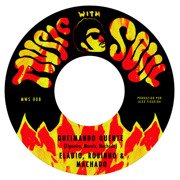 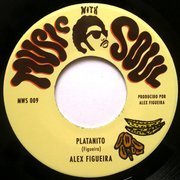 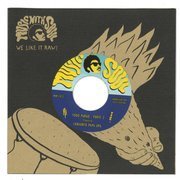