The concept of this album is making music from a trip to the adventures of Alice In Wonderland, an eclectic mix of pop, bossanova, electronics, waltz and shoegaze. From Astrud Gilberto and Antonio Jobim, Pizzicato Five meets My Bloody Valentine or Stereolab's 60s sensitivity to Broadcast. A collection of multi-layered analog audio sets, the noise of Joseph Iyup's noisy guitar combined with Anindita's fairy voice melodious lines of strange lyrics wrapped in curling beats, very dynamic, very rich. Listening to the album, on several tracks, we can hear French Pop's acrobatic 5/4 beats until the roar of the wall of
sound becomes a combination that is difficult to imagine at the time and is still very relevant to listen to now.

Now, for the first time ever, one of the phenomenal albums of the 2000's Indonesia wave is now available in a limited format in 2xLP-Gatefold-Marble colors vinyl with an additional 1 song that has never been released before. 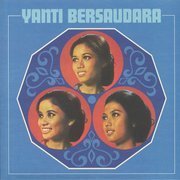 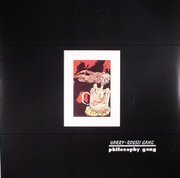