Experimental improvisations recorded 1983 sound on sound on a Revox A77 two track recorder in Amsterdam. After recording, the tape was lost and forgotten, until after about 25 years the tape was found again.
Special limited edition of 150 copies. 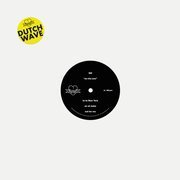 On The One EP (white vinyl)