Meet the intoxicating, meditative sounds of Claude Debussy (1862-1918), one of the greatest innovators of Western music. The impressionist composer was inspired by the classical myth of the sirens, female sea-demons with such unearthly beautiful voices that they managed to lure all passing sailors into their deadly arms. In a similar way, Debussy wanted to enchant his listeners with his esoteric composition Trois nocturnes, inspired by the atmosphere of the night. In the first part, Nuages, one can hear silvery-lit clouds slide slowly past the moon. The second part, Fetes, depicts nocturnal festivities and blazing torches, and the third part is devoted to the mysteriously singing Sirens. Unlike his contemporaries, Debussy did not compose elaborate, bombastic symphonies, but rather dreamy, self-contained music that is still topical today, and breaths the free spirit of nature. It 'would resound through the open spaces and float joyfully over the tops of the trees.' The lucid performance of the Orchestre National De Lyon comes close to Debussy's ideal, and seduces the listener to lose himself in otherworldly dreams and mind-expanding fantasies. 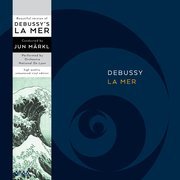 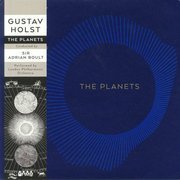 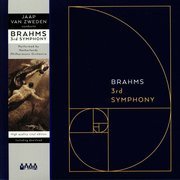