A native of Poznan, the multi-instrumentalist composer/producer Waclaw Zimpel has steadily been gaining recognition as one of the most singular and original talents to have emerged from Poland in contemporary times. His second solo album 'Massive Oscillations' is set for release on January 31st, and is his first for the Amsterdam-based label Ongehoord. At various points Waclaw deploys bass clarinet, alto clarinet, electronics, prepared upright piano and Yuri Landman guitar object. Wojciech Traczyk adds double bass and Holly Hock provides vocals to 'Release', whist all tracks were mixed by James Holden, who according to Zimpel "added his magic touch". 'Massive Oscillations' is Zimpel's most accomplished album to date - a hypnotic and beguiling work given to moments of subtle euphoria. Gently rhythmic, repetetive but morphing grooves are decorated with elegant musical flourishes. An exquisite vertical listening experience, tracks rev like ignition on a motor. They swell, undulate and breathe in a non linear motion, hovering more than moving, or steadily levitating heavenwards. 'Massive Oscillations' is the result of a nine-day residency at the Willem Twee studio in Den Bosch, Netherlands. The longplayer is not only a consolidation of Zimpel's previous experiments, but is also driven by his curiosity and desire to explore new avenues and possibilities, striving to create an innovative musical vernacular. Inspired as much by jazz as electronics, minimalism and roots music from across the world, he doesn't so much blur boundaries as eradicate them altogether. "I was looking for new kinds of sounds and had an idea of where I wanted 'Massive Oscillations' to go," says Zimpel, "but that all changed the moment I started playing with the studio's collection of vintage synthesizers and electronic equipment." In keeping with his restless improvisational spirit, Zimpel jettisoned previous ideas and set about using the studio's array of oscillators, generators, sequencers, tape recorders and filters (alongside his beloved clarinet) to capitalize on opportunities the facility offered him. Subliminal factors were also at play: Having tuned the oscillators by ear for 'Sine Tapes' and title track 'Massive Oscillations', whilst attempting to work out melodies on his clarinet, Zimpel found he'd inadvertently arrived at a lower frequency than intended. By a happy accident, he realized he'd subconsciously been tuning in to the bells of St Jan's Cathedral, which is located close to the studio. "It was this kind of magical coincidence that really helped shape the recording", he recalls. 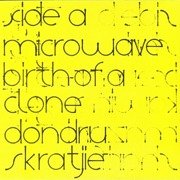 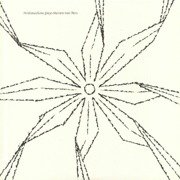 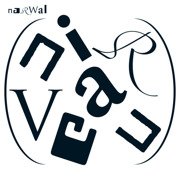