For a good number of Spanish musicians, attracting attention from somewhere outside of Madrid was a mission impossible for several decades. While the Movida Madrileña, commonly referred to as the “Madrid scene” in English, stirred things up and made front page news on the basis of new wave music, musicians that were on the fringe or directly beyond it had few platforms from which to be heard.
Although Javier Segura has been recording music in his studio almost continuously since the 70's, his relevance and recognition as a musician has been limited to underground music circles. The fact
that he worked outside of the country's spotlight of power kept his name relatively unknown for years, something which even the arrival of the internet could not illuminate. Only the appreciation of a few collectors and disc jockeys kept the light on.
Passat Continu delivers here the first ever compilation by the spanish musician Javier Segura (born 1955), who worked as an isolated cell from his home studio in San Cristóbal de La Laguna, in the Canary Islands. Working for decades from the underground, Segura build up some brilliant ideas producing dozens of richly textured songs, stretching borders on ambient, experimental rock, dreamy folk or concrete music. Using guitars, rhythm boxes, trumpets synths or simply pedals, Segura managed his own career and produced while published a handful of albums by himself: El ser y el tiempo (1976), No mires atrás (1983), Nostalgia de lo humano (1986), Lamento bereber (1989), El ángel caído vol I, la lluvia azul (2004), Levántate (2005) and El orden y el caos (2006).
He also teamed up with Juan Belda on only impro project Arte Moderno (1981-1982), using the Roland TR-808 rhythm box as a main actor for the first time in the post-Franco’s Spain era.
'El sol desde oriente' uses three of that songs and add six more previously unreleased productions from 1980 to 1990, probably his most active period of time. Available on vinyl and digital through Bandcamp. Digital version includes two extra tracks. Vinyl comes with insert with unseen photos and liner notes by Javier Segura and Passat Continu’s curator David G. Balasch.
All music written by Javier Segura except Jardín marroquí, written by Javier Segura and Juan Belda under the name of Arte Moderno. 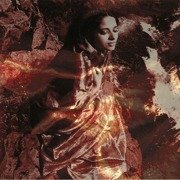