Two years ago, Jon Hassell made more than a few jaws drop with "Listening To Pictures (Pentimento Volume 1)", the genre-bending trumpeter and composer's first studio album in nine years. On that album, he effortlessly updated his trademark "Fourth World" sound - a decidedly cosmic, impossible-to-pigeonhole mix of traditional, otherworldly, exotic and cutting-edge sounds - for a new era. He takes a similar approach on this "companion album", somehow fusing experimental jazz, disparate global sounds, ambient, electronica and digi-dub in a myriad of thrilling, boundary blurring ways. It's a startling piece of work and one that defiantly rewards repeat listens, but then we expect nothing less from someone of Hassell's skill and standing. Recommended. 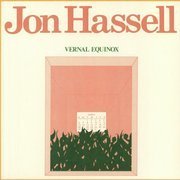