LTD 300 Copies first original press ever. Village Cuts are a dynamic DJ / Producer duo from London, showcasing music from Africa, Latin America & the Caribbean, through the lens of UK club culture.
For their debut on Galletas Calientes Records, they've produced an electro-soukous double-sider alongside Colombian Champeta legend Louis Towers and British guitar virtuoso Patrick McMahon aka Mahon Sounds. Although never having set foot on Champeta's promised land (that is Colombia), the duo managed to get a pertinent grasp at the genre, adding most of the elements to their own Afrobass flavor and UK club production technique. West African beats, "caidas" (drops) and "despeluques" (frenzy) along with a crazy rhythmical use of the Yamaha SK5's most distinguished samples such as the "perreo" (synthesized barking sound) - all set up for a heavy tropical madness!
While "Vengo Ganao" and Towers' Afro-Colombian vocals call for a sexy "baile amasizado" on a sunny beach in front of a "pico" style Caribbean Sound-System in Barranquilla, "Cheza" is an uptempo instrumental, 80s style bass-heavy Congolese soukous dancefloor joint, where Patrick McMahon shows his outrageous guitar skills. 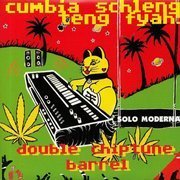 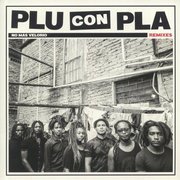 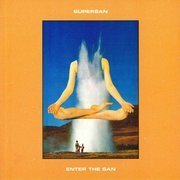