The success of S. Fidelity’s sophomore LP “Fidelity Radio Club” (April, 2021) is still culminating. Widely recognized as a highlight for instrumental beat music this year, with recent track placements on Spotify’s Editorial Jazz Vibes and Butter Playlists, each with over 1.9M Followers. Now, S. Fidelity teams up with the unmistakable sound of Berlin’s Toy Tonics to rework four of FRC’s track to perfectly fit dance floors worldwide as they slowly reopen.

Toy Tonics label head Kapote as well as TT label artists Cody Currie, Rhode & Brown and Sam Ruffillo deliver four high quality club renditions from FRC. The EP, only 500 copies pressed, is to be released via Jakarta Records on September 3rd. Musically, the EP combines the feel-good, beat factor of “Fidelity Radio Club” with the dancefloor ready house, disco and funk grooves that Toy Tonics are known for. The EP will be a perfect follow-up to S. Fidelity’s previous Jakarta releases, which have gained more than 3.3M cumulative streams on Spotify alone.

The 1st single, “Me At The Zoo feat. Àbáse (Cody Currie Remix) is to be released on August 13th along with announcement of the pre-order for the Limited 12” EP. The upbeat collaboration with Cody Currie – who has more than 2M cumulative streams on Spotify – takes the swinging groove of the original and gives it a Balearic, percussive, dance-ready vibe. Currie, a London-born DJ and producer has been on the rise since moving to Berlin and teaming up with talent from the city’s jazz and house scenes. He’s released two EP’s with Grammy nominated pianist Joel Holmes on Toy Tonics as well as the mini album “Atlantic Exchanges, Vol. 1” with Felipe Gordon on DJ Haus’ Shall Not Fade in 2021. This year Currie also shared his first solo 12” on Toy Tonics, “Moves EP”, which showcases his sublime ability as a producer to blend elements of feel-good house, disco, jazz and UK garage into each other.

The three other tracks are set to be released as digital singles on the physical release day, September 3rd, in order to maximize playlist reach and hit each of the artists release radars. Toy Tonics head honcho Kapote, a.k.a. Mathias Modica, takes S. Fidelity’s boogie tune “Something Good” and spices it with a catchy piano lead line, infectious drum programming and several synth solos. Kapote, with more than 3.5M cumulative Spotify streams and over 97K Monthly Listeners, ran Gomma Records for more than 15 years, where he produced and released the likes of WhoMadeWho and Rammellzee.

Rhode & Brown remix “Presumably Broccoli”, a straightforward hip-hop instrumental, which they flipped and “reverso-ed” into a just as straightforward high energy dancefloor gem. The duo from Munich have been delighting house music fans with rock solid productions on such labels as Toy Tonics, Permanent Vacation, Public Possession, Shall Not Fade and their own Slam City Jams imprint, establishing themselves as one of the most consistent house producers groups. Most recently they released their debut album “Everything Is In Motion” on Permanent Vacation.
Bologna-based Sam Ruffillo rounds out the EP with a deep and meditative house rendition of S. Fidelity’s “Higher” featuring Àbáse on keys and a prolific vocal recording of Steve Arrington. The Italian DJ and producer debuted on Toy Tonics just a year ago with the pandemic inspired EP “Sport House”, offering jazzy-house alternatives to dancing while clubs remained closed. Sam Ruffillo received co-signs and spins by the likes of Romare, Folamour and Spotify’s Fresh Finds: Basement playlist.
The release will primarily be promoted by the artist’s and label’s ocial media accounts and profiles. 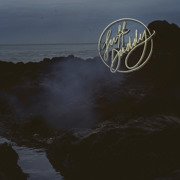 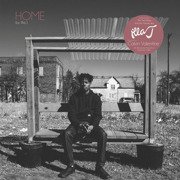 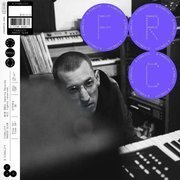 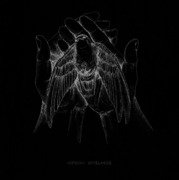