Joona Toivanen Trio makes their We Jazz Records debut with their new album "Both Only", out 25 Feb 2022. A landmark work for the long standing group, the album showcases a new sound for the band, trekking deep into new ideas for an acoustic jazz piano trio. Since their formation as teenagers in mid-1990's, the trio of pianist Joona Toivanen, bassist Tapani Toivanen and drummer Olavi Louhivuori (of Superposition, Ilmiliekki Quartet and Linda Fredriksson "Juniper") has developed their remarkably coherent band sound step by step, touring the world over. Nowadays, the trio is geographically split between Gothenburg, Sweden (Joona), Copenhagen, Denmark (Tapani), and Helsinki, Finland (Olavi), but the unit has never sounded so together as one, and as adventurous as on "Both Only".

"Both Only" by Joona Toivanen Trio is a cocoon, a welcoming shelter of sound that opens up naturally for the listener to inhabit. The album is moody and introspective, even dark at times, but by the time you get to the closing track, "This and This", you'll likely notice something hopeful brewing up. This is not music dealing with nostalgia or a world lost. Instead, it's a body of work with delicate dynamics, taking a minute just to listen and to look inwards to learn something, to move forward.

The first single "Enlightened" is perhaps the most traditional piece on the album, yet it flows like a vessel beyond genre, conveying a mood, a feeling and an idea. Listen to how the piano, bass and drums discuss, how the groove moves with the instruments having their clear roles but also supporting each other and documenting a musical aging process exactly as that of a quality bottle of red wine. As a song like "Direction" proves, the melody is there all the way, yet there is nothing obvious about how it's carried by the trio. Things remain surprising, fresh and moving at all times. "Except For" keeps its intensity, while nearly erupting into a full on 4-to-the-floor banger. Nearly! The key here is how the energy sustains itself, building the intensity within the music.

"Both Only" is a powerful statement from a band ready to renew itself time and again, and one willing to do it slowly, outside of the hype. This process makes the impact enduring, nuanced and lovely.

“Following on from the excellent Linda Fredriksson album We Jazz extend the journey with this innovative Joona Toivanen Trio set.”
Paul Bradshaw — Straight No Chaser

“You’ll look in vain here for extravagant splashes of color or bright swathes of sound, but what you will discover are a finely-chiselled set of compositions that make the most of the trio’s limited palette: flint-sharp melodies hewn from the ice, crisp and crackling rhythms.”
Cal Gibson — Ban Ban Ton Ton

“Incredible album from Joona Toivanen Trio and a strong start to the new year from We Jazz.”
Kerem Gokmen — Dubmission

“Interesting listen on the shortest day of the year. They have a very definite and saturated style.”
John Chacona — All About Jazz 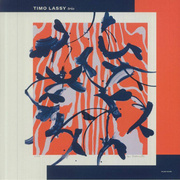 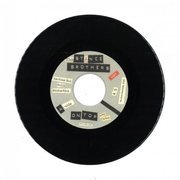 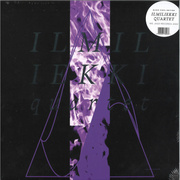 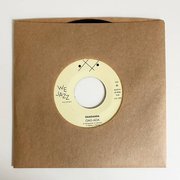 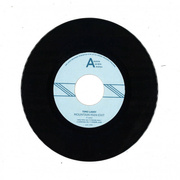 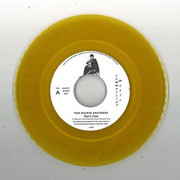