LP including booklet with extended liner notes. Channeling wild seventies Impulse vibes, even resonating the guts of early Art Ensemble of Chicago and the tempering spirit of Max Roach's 'We Insist' era: BRAHJA is soul searching their spirit on 'Watermelancholia'.

As a youngster, Waldman was taken under the wing of avant-garde giant Paul Bley. Along with Anne Waldman and cousin Ambrose Bye, Waldman is a co-producer for Fast Speaking Music -a NYC poetry and music label which has released recordings with Amiri Baraka, Meredith Monk, William Parker, Laurie Anderson, Eileen Myles, CAConrad, Fred Moten, Daniel Carter, Clark Coolidge, Thurston Moore, Joanne Kyger and many others.

Ancient to the future 2.0

Watermelancholia is about the law of Karma:
a law so obvious that it often goes unspecified and ignored.
Neglecting this law invites a world of chaos.
It's been articulated in endless ways.
Some have called it Cosmic Law or Natural Law.
Others translate it as Do No Harm.

The moment the first bass note of Luke Stewart kicks in on 'Watermelancholia', followed by the swelling drum roll of Malick Koly and the lush leading voice of Janice Lowe you feel Devin Brahja will take you on a deep mind-blowing spiritual journey.


Channeling wild seventies Impulse vibes on 'O.P.K' or, could we say, even resonating the guts of early Art Ensemble of Chicago and the tempering spirit of Max Roach's 'We Insist' era: BRAHJA is soul searching their spirit on 'Watermelancholia'.


A poetic stream of consciousness, backboned by top-notch musicians, transcending the cosmic universe, trying to find answers and musically connecting.


Watermelancholia is a meditation on healing the inner schism between the sense of self - the ego - and the inner being. It is about bringing the ego to justice; putting it on trial, as it were. 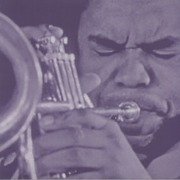