Through dense layers of noise, brittle beats, found sounds and a general haze, Francis Harris returns to his own Scissor and Thread imprint, with the aid of frequent collaborator, and longtime friend, guitarist Gabe Hedrick, under the guise Aris Kindt. Following Harris’ 2014 sophomore solo album, “Minutes of Sleep,” (named Electronic Album of the Year by Mojo Magazine,) the duo’s quintessential album debut, “Floods,” takes as its focus, the late author W.G. Sebald’s profound interpretation of Rembrandt’s 1632 master work, The Anatomy Lesson of Dr. Nicolaes Tulp. “Floods” is a sonic journey into the heart of the body, a bold rejuvenation of Adriaan Adriaanszoon (Aris Kindt), once a mere cadaver on a cold metal slab, now a living breathing human at the heart of a creative shift in vantage point from object to active subject. Much in the same way Rembrandt intended with the painting itself, “Floods” attempts to subvert the listeners memory of a moment. Written within a span of over a year using an 808, a modular eurorack and two guitars, “Floods” was mixed at Keyclub Recording Company in late August with Engineer Bill Skibbe. The album charts new territory for both Harris and Hedrick, melding a long history with electronic music and youthful love for indie noise, weaving in and out of near silence and sheering walls of sound with a gentle and constant heartbeat at its core. The dream-like murk of album opener “Now Grey” sets the tone with thick pads, distant, ghostly guitar work and fragmented drums. On the title track, dubby chords set the tone, as subdued toms amble forward, with a crackling of fire nearby, as a dense sounds echo and swirl around into a climactic frenzy. “Blue Sky Shoes” hypnotizes with its submerged strings and subaquatic patterning, as synths rain down like streaks breaking the surface. 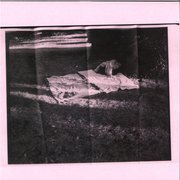 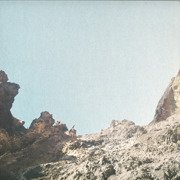 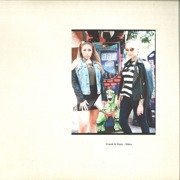 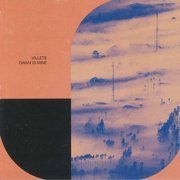 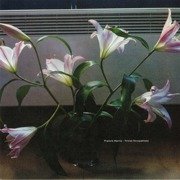 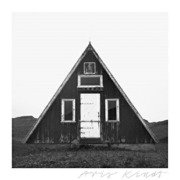