Voodoo hit store shelves on January 25th 2000, just a few weeks after the New Year celebrations to end them all. But the first great album of the new millennium was born in the 1990s, and its muggy grooves capture the sound of premillennial anxiety. The album is the product of perfectionism, obsession and paranoia. 1995's debut Brown Sugar had already strategically positioned D'Angelo-born Michael Eugene Archer and Virginia-raised to a Pentecostal preacher father-as the next Hendrix-like deity in black music, after Prince and maybe Lenny Kravitz. But since its release, D'Angelo had become distracted by weed and weightlifting, he'd been shaken by the deaths of Tupac Shakur and The Notorious B.I.G. and debilitated by sophomore pressure. In the interim he'd fathered two children, switched managers and jumped to a new record label. Though inspired by the birth of his children and trips back to Virginia, Voodoo's roots are in 1960s, ?70s and '80s funk and soul, a nostalgic nod to the ideas and inventions of black music trailblazers powered by avant-garde hip-hop and jazz-influenced rhythms. D'Angleo's aim, he said, was to reclaim R&B. He wanted to be like Sly Stone, George Clinton and Al Green. And most of all, he wanted to be like Jimi Hendrix. Where does a potently focused young man go to remake Electric Ladyland? New York's Electric Lady studios, of course: in the same rooms in which Hendrix and Stevie Wonder reinvented music decades earlier, and on the same equipment too. In an era in which soul musicians were obsessing over all things synthetic, D'Angelo was looking to the warm sounds of the past. Electric Lady's Studio C became D'Angelo's brand new creative laboratory. The concept behind Voodoo was simple. Put together a brilliant ensemble of R&B musicians bent on grooving together. Record them live, in real-time, jamming face-to-face in an effort to capture their conviviality and chemistry. For Voodoo's core rhythm trio, D'Angelo recruited his friend and colleague, The Roots' visionary drummer Ahmir ''?uestlove'' Thompson, plus Welsh journeyman Pino Palladino to hold down the bass. It was a combination that gelled immediately. Voodoo was like crack for purists-this was Real Music, serious as a heart attack, deeply reverent and worshipful of the past. D'Angelo once said about the content of Voodoo: ''This album is a personal testimony about my life and my emotions. My life kinda changed overnight when Brown Sugar came out. It took me a while just to get used to that - the attention, the money, and everything that comes along with that... At times I felt like I wanted to run away from it. I still reject a lot of shit. A lot of people say, ''Well you're a superstar now.'' If I start to look at it like that, then something's wrong. I have to continue to remind myself why I'm doing this and the things that inspired or motivated me way back before Brown Sugar ever happened and before I ever got into this business - just my love for the music and wanting to reach the people.'' What happened next only added to D'Angelo's myth. Having hit mega-stardom with the single ''Untitled'' and its intensely sexual video, a follow-up was slow to come. So slow, in fact, it still hasn't arrived. Though he's since made guest appearances and even toured in 2012, his silence - both musically and in his refusal to talk to the press - has only helped the cult of Voodoo grow. Even if he never releases another album, he's already given us so much. 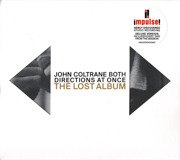 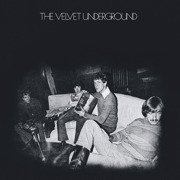 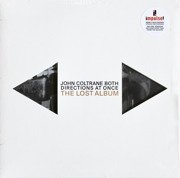 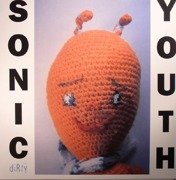 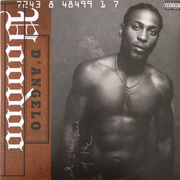 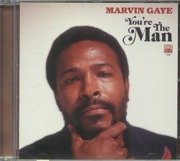