Several years of in-depth research into the Loma vault provide the content of our third volume. It celebrates the many sophisticated uptown productions on the label, mostly cut in New York under the auspices of Ragovoy, Van McCoy, George Kerr, Richard Tee, and other soul notables. Loma goddess–and Aretha’s favorite singer–Linda Jones gets us “Hypnotized” while Bobby Freeman spooks with “Shadow Of Your Love.” Rarities include soulful items from The Realistics, Bobby Reed, Mary Lee Whitney, and Tommy Starr, along with several unreleased titles, including heart wrenching nuggets by The Enchanters and Carl Hall, and the never-before-heard Bob & Earl gem “Just One Look In Your Eyes”. 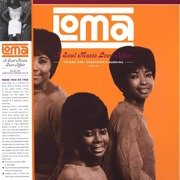