Keeping with the rough release rate of an album every couple of years, Prime Numbers label boss Trus’me is back with his fourth full length, Planet 4. Featuring nine cuts of intergalactic Techno and once again marking a considerable sonic evolution for this acclaimed UK artist. Never one to do the same trick twice, David James Wolstencroft uses his latest album as a vehicle for his own interest in deep space, physics and dark matter. It is those subjects that have occupied his mind in recent years, and those subjects that inform this brilliantly otherworldly album. Where previous LPs have variously been funk and soul heavy, or openly analogue and physical, this one is a more subtle and supple Techno affair that is as cerebral as it is seductive. Starting with a monologue that suggests that man has already landed on Mars, ‘1979′ is a cut that immediately places you somewhere in orbit. Spooky synths and sci-fi sounds are eerie and atmospheric and very much set a perfect tone. From there, there is slow, elastic and unsettling mood music on ‘The Unexplained’, deep and insular Techno on ‘Dark Flow’ and trippy Dan Bell style minimalism on ‘Ring Round Heart’. The second half of the LP touches on chunky dub, manic and melodic grooves. This is a coherent statement that holds together conceptually and musically. As well as providing plenty of dynamite for the more discerning dance floor, Planet 4 is also a delightfully detailed affair that will work just as well on headphones late at night. 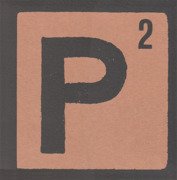 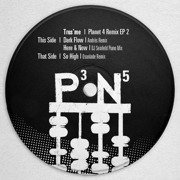