Unearthed by groove archeologist Betino Errera, this black gem was cut in Paris in 1980 by American vocalist Robert Helms. His French career being rather confidential with releases under his own name as well as Bobby Helms or simply Bobby, the Lay Down Girl album remained a well-kept secret for decades despite the fact that it contained two very strong disco-funk tunes.

Helms was backed by a seasoned studio band including Donny Donable (of Lafayette Afro Rock Band) on drums, Christophe Zadire (of Zulu Gang fame) on bass and Beckie Bell on backing vocals. The session was led by master musician Jacob Desvarieux on guitar, piano and synths, who was already at that time one of the founders of Kassav. These recordings were made under the supervision of Pierre Jaubert, who was a major player on the independent French production scene from the late 60s onward, operating his own studio, famous for also being a much appreciated meeting point for musicians. He is responsible for bringing forth works from legendary bluesmen like John Lee Hooker, Memphis Slim, Roosevelt Sykes and jazz greats including Mal Waldron, Archie Shepp and Charlie Mingus. But to funk lovers, Pierre Jaubert is mostly known for his involvement with the mythical Lafayette Afro Rock Band whose prominent breaks and riffs have been sampled by the most illustrious rappers including Public Enemy, De La Soul, Naughty by Nature, Digital Underground, Wu Tang Clan and Ice Cube to name just a few.

Today, Betino's Records reissues two very sought after tracks from the original album: "Feet On The Ground", cowritten by Desvarieux and Helms and "Sekele I Like It", written by Desvarieux and Pasteur Lappe, the latter hailing from Cameroon was the first one to record the song in 1979. In addition, both tunes get the contemporary rework treatment. Baptman and Betino editing the vocals out of "Sekele I Like It" then turning it into a very danceable Philly inspired dub. For his part, DJ Vas digs the Afrobeat seam on "Feet On The Ground", thickens the sauce with thumping bass lines and adds an "Earth Wind & Fire" feel by putting the emphasis on the horn section. 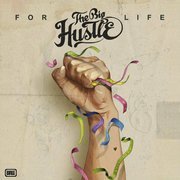