The Parisian jazz / funk collective The Big Hustle returns with the release of their third LP titled For Life published by Betino’s records. The Big Hustle here definitively asserts its identity, once again demonstrating the strength of the collective, and positions itself as the guardian of "real" organic music from the US jazz / funk tradition of the 70's.

The group has chosen for this new opus to refocus on the musical core of the band. However a few selected guests are present, for example the virtuoso saxophonist Baptiste Herbin, and Marie Sané, rising star of the Parisian soul scene.

The group returns to a musical approach close to their first LP, favoring instrumental titles to vocal pieces. The artistic orientation here has been to favor mastery and precision over spontaneity and the raw side of the beginnings. Funk in all its forms remains the essence of this album, especially on « 78 Funk ». We can also identify influences from jazz, afro pop, hip hop, modern gospel to rock. The overall sound of the album is marked by a more advanced and worked production. We can discover new sounds brought by the post production work that evoke the sound of dub, hip hop etc ... Nicolas Gueguen (Beat Assailant, NTM, Booster…) is once again in charge of the mixing process and brings his savoir-faire to reveal the best of each track and highlight all the subtleties of the arrangements and the interpretation.

For Life stands as the continuation of the artistic path of The Big Hustle : an odyssey in the making through the African American musical tradition of yesterday, today and tomorrow. The Big Hustle is definitely ready to evolve in the current musical world and well beyond. For Life! 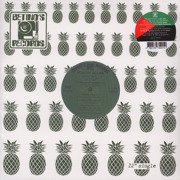