4 of the biggest tunes by this groundbreaking artschool-guys band who mixed Nu Wave with Funk, Disco and Polyrhythmics. included are “Cavern” - which formed the basis for “White Lines” - “optimo", “scraper’ and “out” 37861;"this fantastict versatile production genius presents some influential tunes out of his collection: Includes Eddie Kendricks “Body Talk” , Monika Linges “The World Was Young” and Feel “Lets Rock". 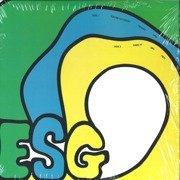