Musicians make albums. But in this case it's different. The four tracks on this ten inch release were created in between. It's an intermediate piece that sits between two albums, reflecting on a series of special moments and special evolutions of Black Flower. The inspiration came from Salvador Dali's creative dreaming ritual. With a pair of scissors in his hand, he sat back, closed his eyes and slid into sleep. The moment his body and mind enter deep sleep, the scissors dropped and waked him up. Dali then started painting using the inspiration he gathered from his dreams. These paintings can be considered the result of an intermediate state between consciousness and subconsciousness, a zone between being awake and sleeping. Black Flower has derived four dream-tracks from their individual intermediate state, materialised into microscopic grooves on a black vinyl disc. - 'Almaz' occurred as the first dream. It became Black Flower's very first cover song. An Ethiopian traditional, famous thanks to egendary singer Mahmoud Ahmed. Immediately, this dreamy track pulls you deeply into the intermediate state. 'Maqam Tizita Saba' was a vision about an unexpected connection between the Arabian and the Ethiopian world. Black Flower utilised an extended musical scale, beginning with the peaceful, consonant Ethiopian Titzia, and fusing it with the upper structure of the dissonant Arabic Saba scale. In the 'Good Side of Bad', Black flower commemorated its recent collaboration with Dijf Sanders's latest album which is a groovy patchwork between electronics and his field recordings in Indonesia. Samples from this part of the world pass by just like that. No distance is to big in the intermediate state.'Fly High Oh My' happened just before the scissors fell back on the ground. Strong energy propelling high into the ecstatic sky. 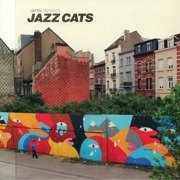 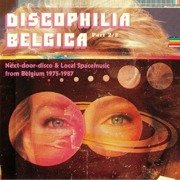 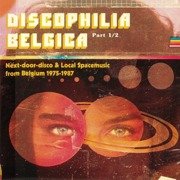 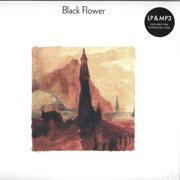