Celebrating its 10th release, Jazzy Couscous dug in its Japanese crates to bring us a forgotten gem produced by Japan's Jazz legend Kazumi Watanabe. The track called "" (Garuda) was originally released in 1984 on a private press dedicated to a famous Japanese wrestler, Antonio Inoki. Nearly 5min of an ambient beauty taking you through the mysteries of South East Asia's deepest jungles. On the B side, Jazzy Couscous invited Kuniyuki, a true musical genius from Japan knowing no boundaries when it comes to sublimate raw diamonds like Garuda. He delivers an outstanding remix, taking the listener on to a musical journey of exotic deepness. Using traditional drums, he tints the track with an authentic tribal and epic color while synth and pads are creating a dreamy atmosphere in the second part. A true beauty. 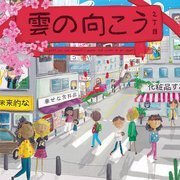