There's no doubting that Idris Muhammad's "Could Heaven Ever Be Like This" is a stone-cold classic; a sparkling, heavenly chunk of dreamy, disco-era jazz-funk that's capable of reducing grown men and women to tears when played at the right time. Some could argue that it's so good that it shouldn't be tampered with. Late Nite Tuff Guy, a producer who previous for reworking classic cuts, clearly disagrees, because he's delivered a fresh 2018 revision. His version is actually rather reverential, subtly beefing up the bottom end to provide a little more a rolling disco feel while adding some easy-to-mix beats at the beginning. Otherwise, he's made use of all the key original instrumentation and should be applauded for his tasteful efforts. 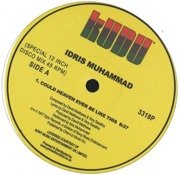 Could Heaven Ever Be Like This (Record Store Day 2017) 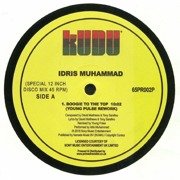