The unseen forces emitting out around ever being natures forces of destiny. Belief itself is God.

AURA's journey could be best described as a spiritual call to connect man and music.

Each new day brought in new and more difficult problems. In the hardest of times Aura lost their original lead guitarist. Green-Bird real name Dannie Stewart - a Jamaican, humble, handsome, and talented to the bones. He was too nice to die. He was drowned in a river within the historical city of Benin. All friendly hearts cried and cried, a memory too sad to recollect. Aura's journey sorrowly went along. Full of accedents, and frustration. We nearly crash-landed.

Thanks to Sheila, for her love and courage. Uzo, a true frendship that inspired every-body in Aura. He solved so many problems. Gratitude is the only word of our choice. The Lawsons and the Shotade family also have their very noble thanks; they were nice and helpful. Many more thanks to the numerous friends and heart-felt appriciations to Mr. J. H. Booth - Decca's new Director for his kindness and the entire staff that made this great 8 track maiden stereo album possible.

A solid belief in ourselves has pushed this group to this point; Aura making an "Astral Trip". This is an album which is a sincere sweet fruit of determination, soulful enough to turn you loose into true life experiences of good music.

All I owe you is love and appriciation. 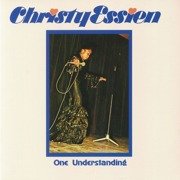