A brand new selection of unreleased musics composed by the great Alain Goraguer (working with Serge Gainsbourg & Boris Vian, as well as having released on the great "Cosmic Machine" Compilation and known for his Cult Soundtrack "The Fantastic Planet. ". Today we present his works for movies from the golden age of french pornography, brought together on a collector vinyl, object of all desires. To stress the Cult Status of this, MCX was previously released only through a crowfuding campaign in july 2018 - which reached 700% of ist initial goal Eight never released before tracks composed by Alain Goraguer, orchestrator and composer of an impressive number of monumental french pop songs, from Boris Vian to Serge Gainsbourg, and well known by hip-hop fans and sampling lovers for his cult soundtrack for The Fantastic Planet. Tracks saved from oblivion and fully restored, from the soundtracks of these evocative titles : Swinging Couple Cruise, Private Nurses, Right of the First Night and A Foreign Girl in Paris Comes with a 12 pages color X-Rated Excercise book, with the classics : coloring, points to link and carvings, with a gallery of characters to carve and to layout of the included locations, to elaborate your own orgy, with any outside help ! Designed by famous french illustrateor Erwann Terrier. 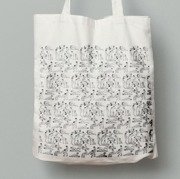