Ot to not to is the experimental RnB recording project of Virginia natives Ian Mugerwa and Noah Smith In 2016, Mugerwa released the first Ot to Not to LP Goshen through Nicolas Jaar’s OTHER PEOPLE imprint after being discovered by Jaar in 2015 while recording.

Goshen was a very deliberate effort to create an RnB concept album that explored aesthetics and recording methods usually more associated with European experimental electronic music. More specifically, it was an effort to subvert tropes in pop RnB, whether those be the stereotypical, sterile cleanliness of radio RnB or the safe themes and song structures. While Goshen was undertaken primarily as a solo effort while Ian was casually homeless in Richmond, Virginia, the contributions Noah did make (namely the last track) served as the basis for the aesthetic shift seen in their most recent 2nd LP It Loved to Happen.

After releasing Goshen in 2016, Mugerwa did a series of informal experiments in laptop recording that resulted in his These Movements I & II double EP. The EPs, released through European ambient label ACR, served as an outlet for Mugerwa to explore genres like ambient, modern classical, IDM, and lo-fi R'n'B without the added pressure of being bound to a strict concept or narrative. Furthermore, these EPs afforded Mugerwa some familiarity with the styles and techniques he would explore with Smith on the next Ot to not to LP.

In late 2016, Ian joined Noah at his family’s cabin in the Virginia Appalachian mountains to record a follow-up to Goshen. Prior to this, both artists had been suffering the isolating effects of untreated mental illness, and retreating to mountains to record seemed to offer a desperately needed cathartic outlet. This sylvan setting inspired a shift from the more cold, abstract, electronics of Goshen to the more naturalistic, analog-focused, and guitar-driven aesthetic of the new LP. Artists like Talk Talk, Baden Powell, Nick Drake, Vashti Bunyan and Phil Elverum were playing constantly in the cabin when the duo weren’t actively tracking, influencing the sound of the LP. Just as on Goshen, tape processing was heavily utilized as a way to collage and manipulate samples.

All instruments - even the orchestral parts - were performed by Ian and Noah. Subtle, but detailed sample-based sound design was utilized throughout the album for texture and, unlike their debut, no synths were used. Instead there was an emphasis on manipulating samples the duo would amass from hours of field recording. Throughout the recording session the duo adopted a religious reverence for the woods and mountains that surrounded them, and as a result the album took on themes of spiritual yearning and exploration that flowed under allegorical lyrics about isolation and lost love. Additionally, elements of ambient electronic music were explored on It Loved to Happen, with some tracks abandoning any song structure in favour of raw sound exploration. 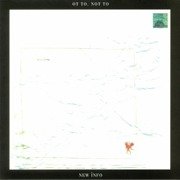 It Loved To Happen (Remixes)